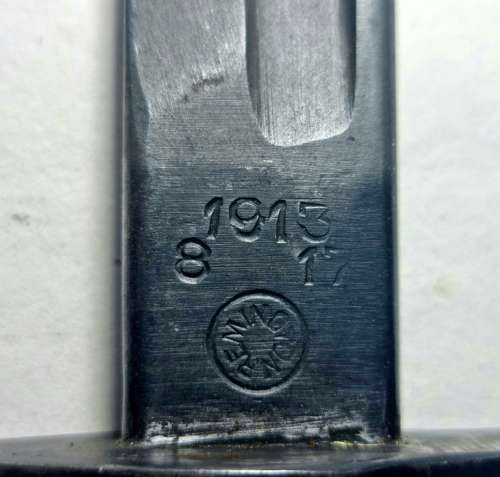 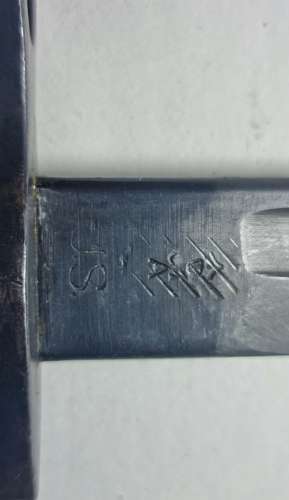 British Pattern 1913 Bayonet and Scabbard, This was the earlier pattern to the 1917 pattern and is almost identical.

The 1913 pattern was produced by remington for the British and later was restamped with the U.S markings.

*Proof of age must be provided before checking out*

Email: jandcmilitaria.surplus@outlook.com with a picture of either Passport or Driving license.