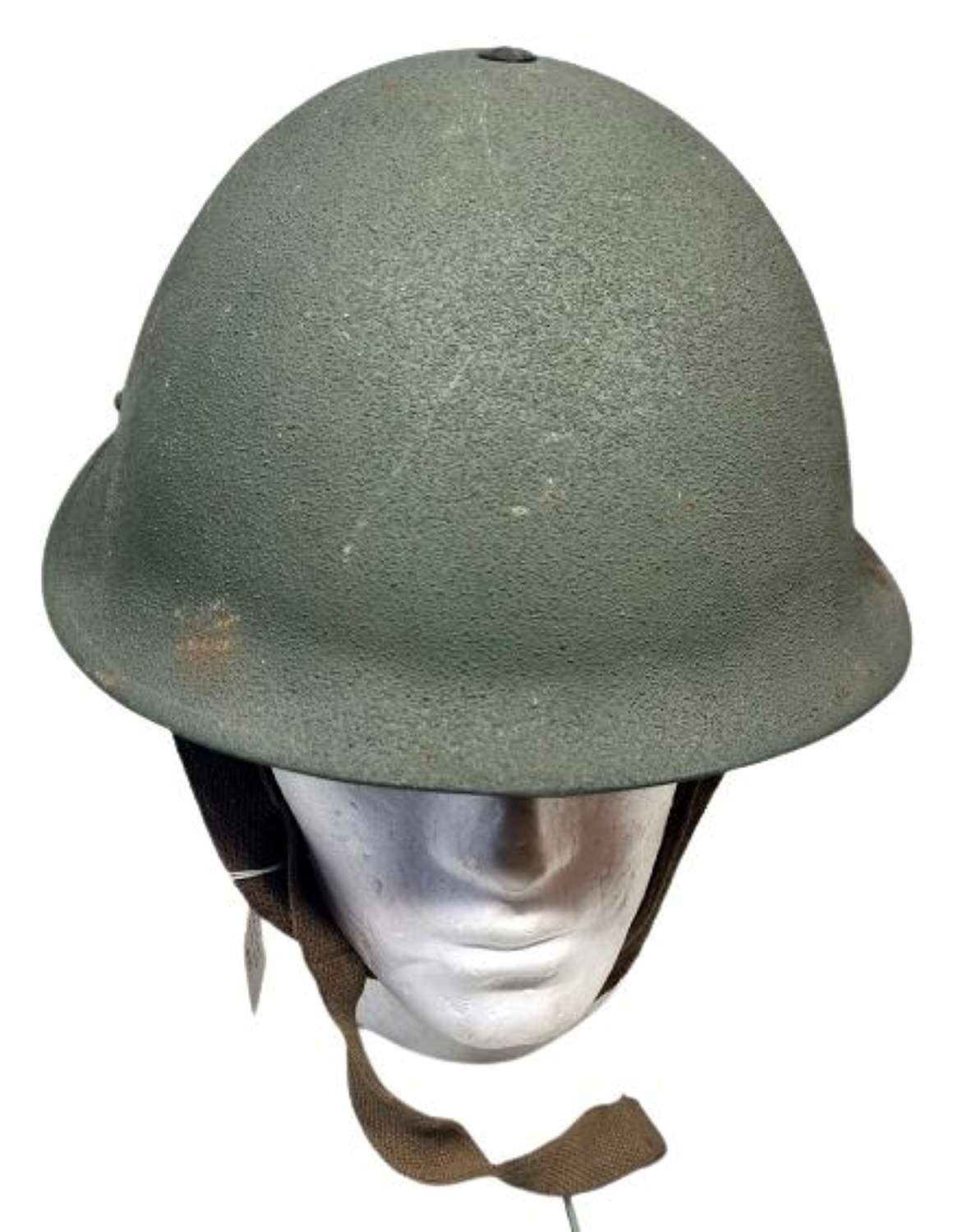 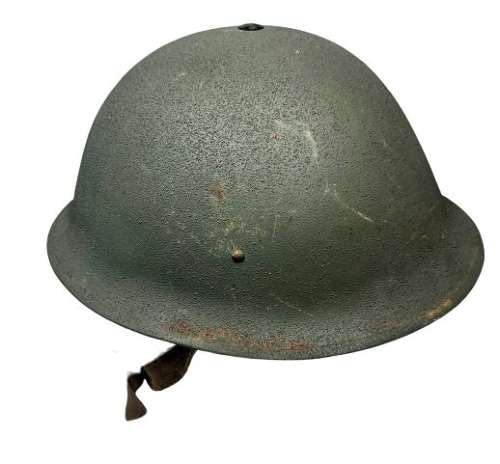 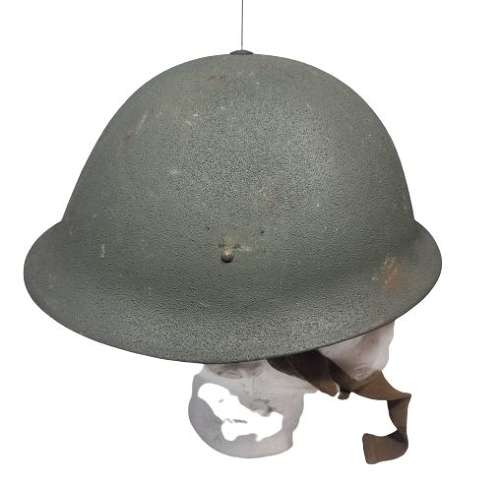 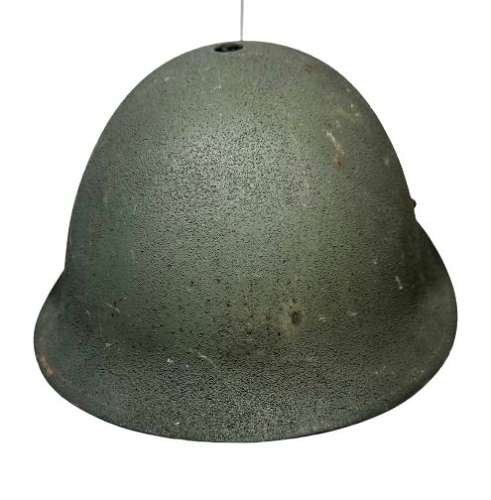 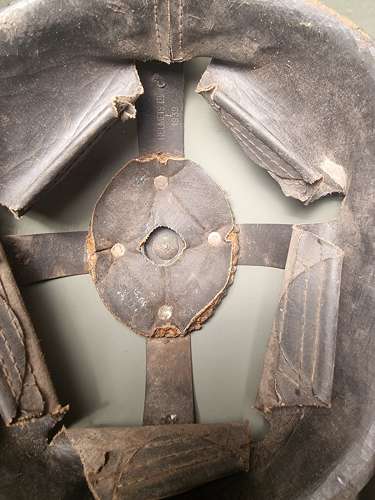 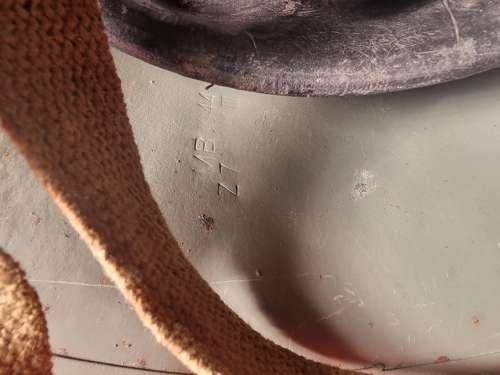 Developed in 1941 for the British Army this helmet was intended to replace the in service MkII Brodie helmet, The MkIII afforded the wearer a higher percentage of protection due its larger size and that it sat lower on the head.

First used by the British and Canadian spearhead troops on D-Day, The nickname "Turtle" came from soldiers recognising shape is similar to that of a turtles shell.

The MkIII would slowly replace the MkII brodie from 1944 onwards and was soon replaced itself by the MkIV "Turtle", This rarer MkIII Helmet is recognisable by the high rivet position on the side.

This example has a MkII liner and as such is not a true MkIII set, MkIII would have had a 1943/1944 Liner. The Helmet and chinstrap are correct.