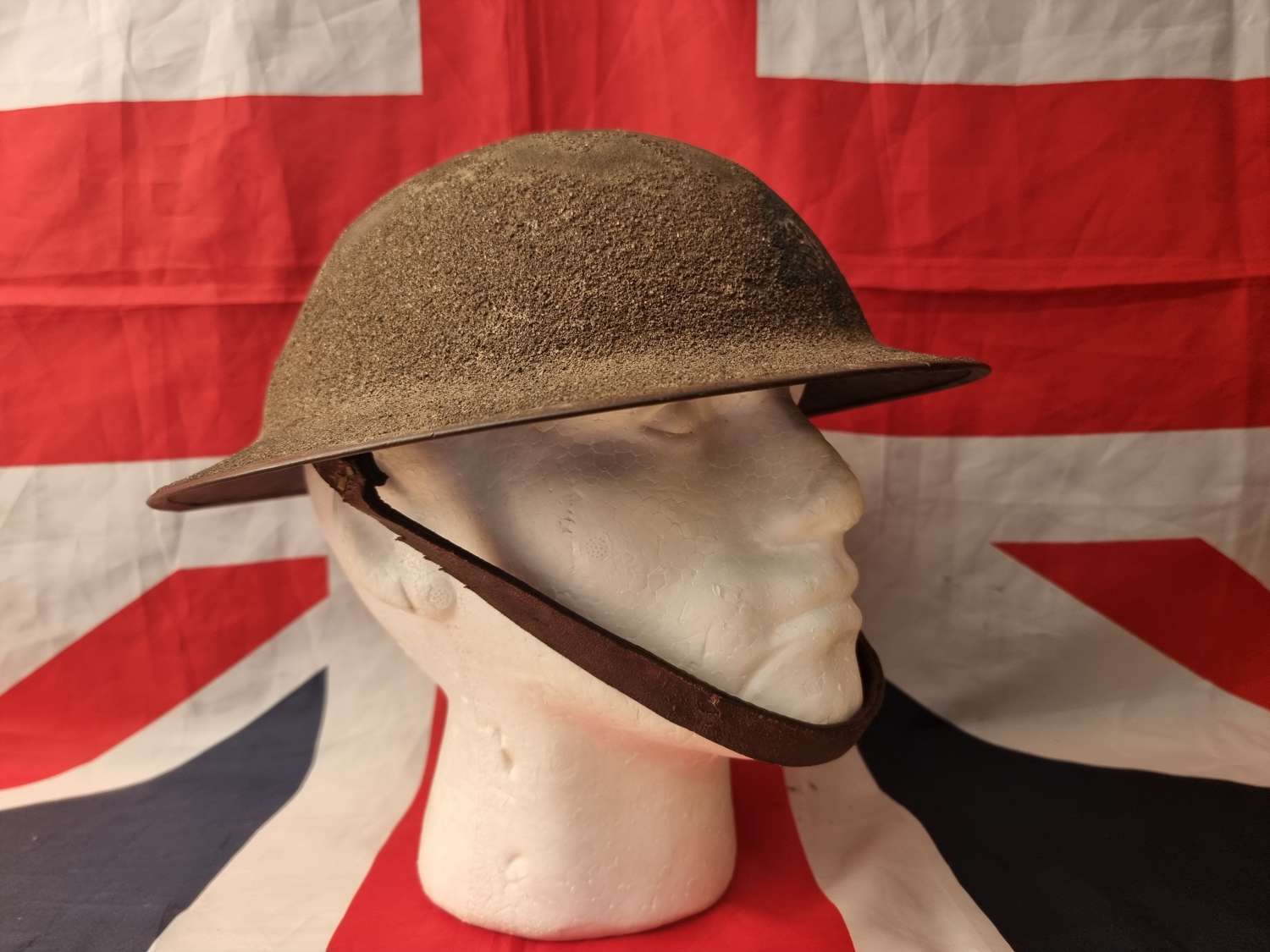 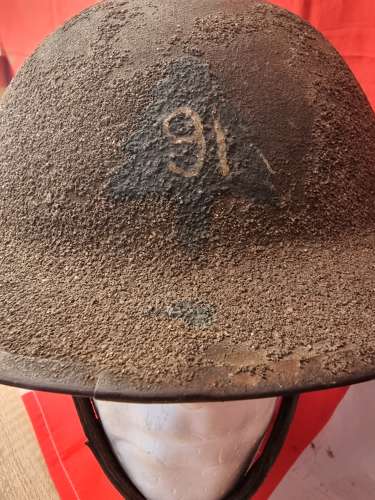 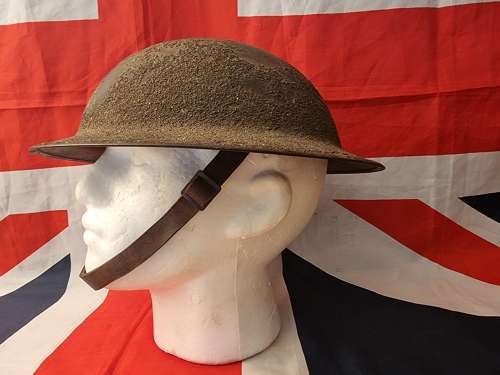 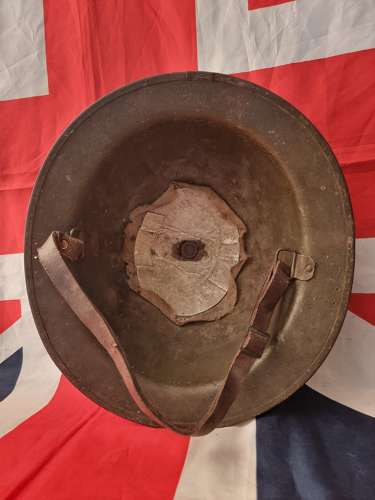 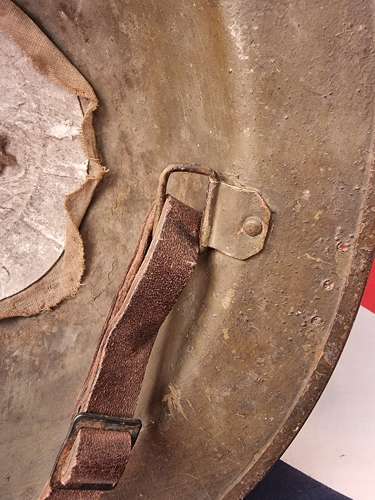 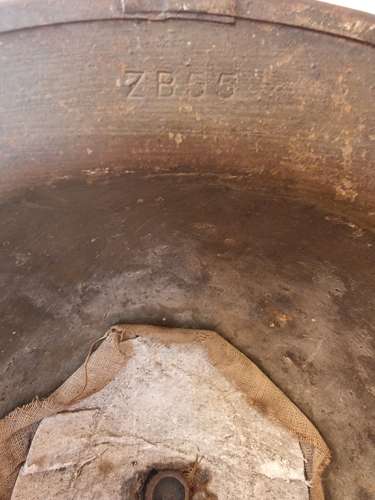 Here we have a WW1 U.S "Doughboy" Brodie, The M1917 was a copy of the British Mk1 Brodie and was produced heavily for the First world war, It would later be used inter war and in the early stages of the Second World War.

This helmet is in great original condition an has awesome texture on the helmet. The marking on the front is that of the 91st Infantry Division "The Wild West Division" and they fought in some key battles and helped to defeat the German Guards Division during the Meuse-Argonne Offensive.

This Particular helmet has the original leather chinstrap and a fraction of the liner inside.